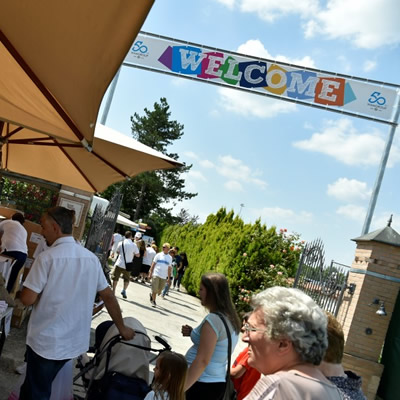 Welcome to the Family Day

The main event of WAMGROUP's 50th anniversary was the Family Day on June 16. More than 1,300 guests gathered in the park of the Villa Adriano Marchesini opposite the new Technology Centre. Street food, pizza, ice cream, beer and espresso stands provided for the physical well-being. 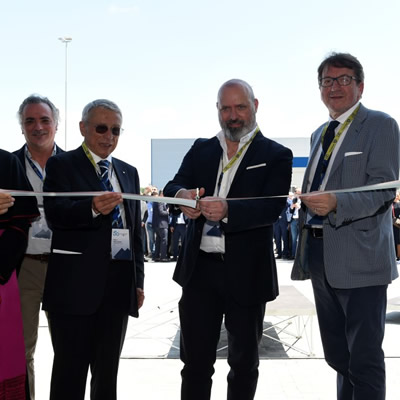 Finally, time has come for the big event. On Friday, 15th June 2018, the inauguration of the new WAMGROUP Technology Centre took place with a ribbon cutting ceremony in the presence of the governor of the Emilia-Romagna region, Stefano Bonaccini, the bishop of Carpi, Monsignor Francesco Cavina, the mayor of Modena, Gian Carlo Muzzarelli, as well as the mayors of the municipalities of the Modenese lowlands. 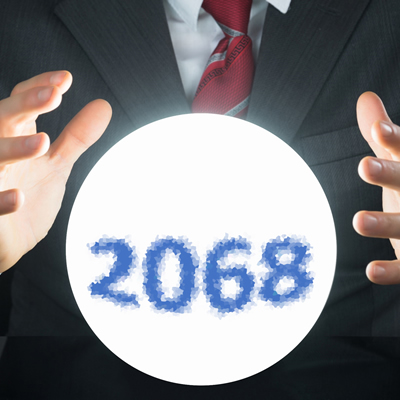 Many years from now...

Paul McCartney was 25 when he sang in 1967 “Many years from now…when I’m 64”. For teenagers of the time, 64 felt incredibly far away. In those days, we still believed in eternal youth. A little more than 50 years have passed since the release of the famous Beatles song and recently I actually did celebrate my 64th birthday. This year, the company I’ve been part of for 42 years is celebrating its 50th anniversary – half a century of strong ethics and winning spirit and plenty of satisfaction for everyone lucky enough to take part in developing WAMGROUP into what it is today. For those who will hopefully celebrate the company’s 100th anniversary, the journey is the destination – a journey that has already started for them. 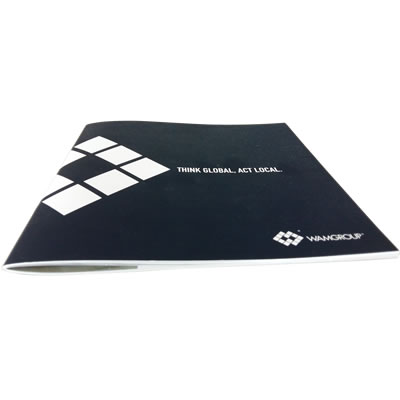 Admittedly a somewhat worn slogan, it perfectly characterizes WAMGROUP's strategy. Efforts to open up trading companies and later even manufacturing facilities in those countries where the market potential justified the investment have paid off over the years. Today, WAMGROUP customers worldwide can count on individual support from competent specialists in their native language. WAMGROUP has set new standards in the industry as the first "global player" of its kind becoming in the new millennium a research object for international business historians. 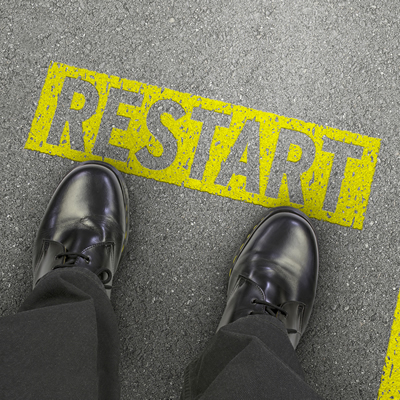 In the first eight years after the turn of the millennium, WAMGROUP’s global turnover increased every year in the double-digit range. The global financial crisis in 2008 resulted in a sales decline of almost a third in the following year. The shock, however, was short lived. At the restart in 2010, the turnover of the record year 2008 was clearly exceeded. 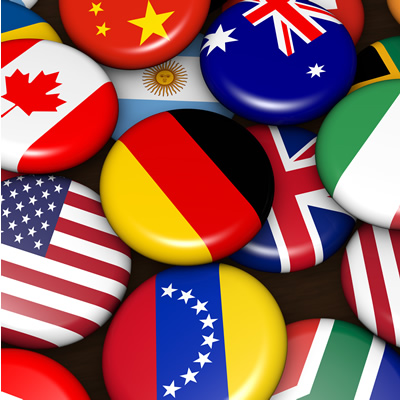 The world as a marketplace

Marchesini's concept of centralised manufacturing and decentralised final assembly of the 1990s underwent a major change at the turn of the millennium. The new strategy was to set up complete production systems in those countries where the local market potential justified the investment. Global integrated manufacturing became the Group's mission. 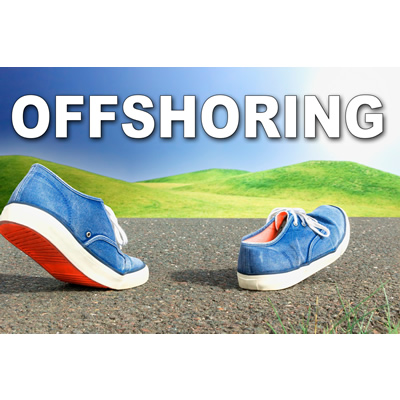 Establishing a trading company abroad is one thing, to produce in a foreign country is a different story. Internationalisation through the establishment of own trading companies meant for the clientele direct support by competent and at any time available personnel that spoke the customers’ language. Each foreign subsidiary had its own stock of common components and spare parts. However, delivery time for machines could be long – sometimes too long – for customers from the other end of the world. Vainer Marchesini was determined to take this hurdle, too. 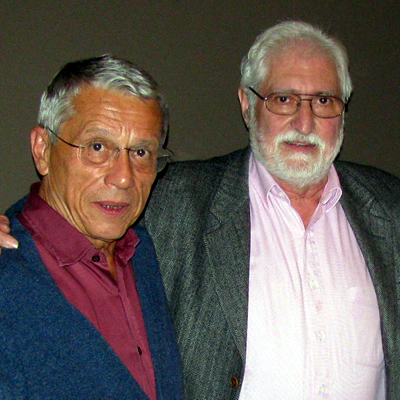 Vainer Marchesini took French at school, which gave him good reason to try his first steps in export business in Italy’s transalpine neighbouring country. At that time, LAMBERT was the undisputed leader in the supply of concrete plants in the francophone world.
The company’s head office a few footsteps from the world-famous Champs Élysées in Paris may have been intimidating to any new potential supplier, but Marchesini had nothing to lose.
To tell the truth, his first visit didn’t really last very long, although ultimately it marked the beginning of a long-standing business relationship and friendship with LAMBERT's purchasing manager, Jacques Demaddelena, who became a few years later managing partner of WAM's first trading subsidiary. 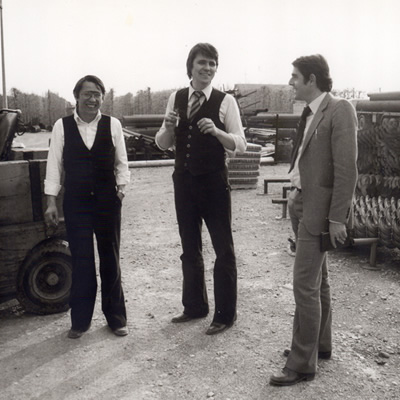 The first attempts to conquer customers outside the borders of Italy were initially rarely successful. The reasons were mostly doubts of the plant manufacturers north of the Alps on the reliability and their prejudices against a southern European supplier. It took a lot of patience and persuasion until the first connections were made and the full commitment of the WAM staff to turn these connections into a mutually rewarding, permanent business relationship. The relationships that developed in the late 1970s have survived to this day. 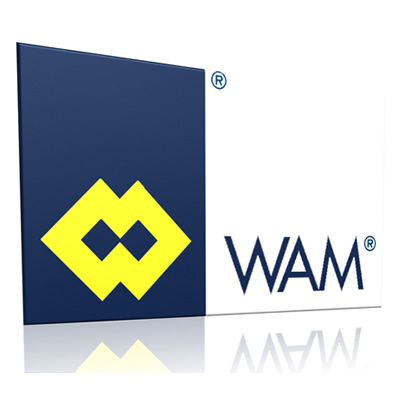 In the mid-1970s the name “Officina Meccanica Marchesini Vainer” seemed no longer appropriate for a company that was determined to conquer the world market. Why not use the initials V for Vainer, A for his brother, Adriano, and M for Marchesini instead? However, VAM didn’t sound right, not German; and Germany was the benchmark. Changing the letter V to W would solve the problem. The WAM brand was born, ready to be presented to the market. 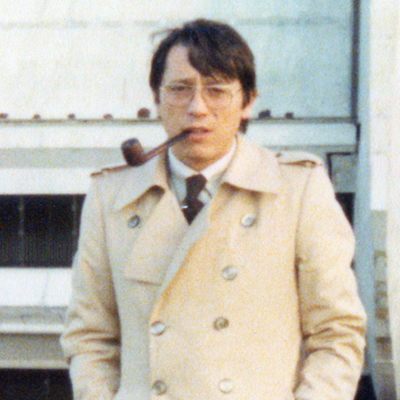 For a young entrepreneur who looked like he could be his own apprentice, it wasn’t all that easy to be embraced by customers. It was then when Marchesini decided to start smoking a pipe and wear a trench coat like Humphrey Bogart that was able to convey a more mature impression.
The end of the 1960s – Italy’s post-war golden age – saw Marchesini turn on the first gear of his business. It was a one-man-show with the helping hand of just one worker building their first screw conveyor ever. Here’s to the company’s first sale. 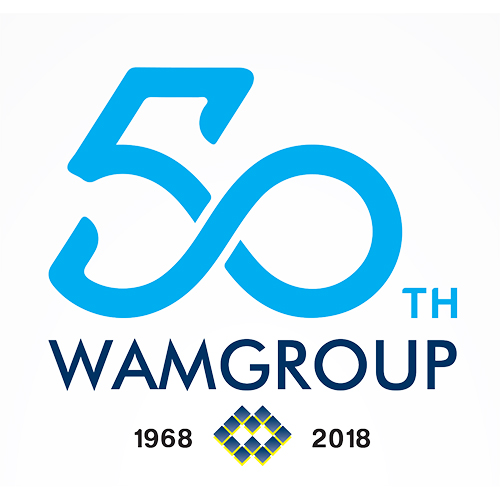 On Christmas Eve of 1968, the founding documents of the predecessor of today's WAMGROUP were signed by the then 22-year-old Vainer Marchesini.
It was the beginning of a success story that continues to this day.
It is both the story of a company and of its founder, who has understood time and again, in the good times and the bad, to make the right decisions for the benefit of the company and its employees.